A while ago I purchased a cheap whipper snipper from Homepro for about 3000B, just a basic made in china model and it only lasted a couple of months before it literally just started falling apart. The plastic choke lever, trigger and throttle just started to disintegrate, when the throttle assembly fell apart it was pretty much unusable and Homepro did not have any spare parts nor could I locate any anywhere else. So a bit of a waste of money that one.

After that experience I decided to get a decent honda whipper snipper. After a bit of shopping around I found this shop in Bang Bua Thong which had the lowest price at about 8000B for the largest honda whipper snipper including a cord spool, fuel container and oil change. It comes as standard with the metal brush cutter blade but I needed the cord for cutting the grass.

Most importantly they carry spare parts in stock so in the event some small part breaks you won’t have to throw the whole thing away.

They also had a selection of mowers and various other small honda engines, I think I spotted a genny and there were a number of water pumps.

The service was good and the guys were knowledgable and easy going, refreshing to talk to someone in a shop that actually new exactly what they were selling and doing.

I’m not sure about the open street map location above, there not a lot of details on it, I think the admin needs to look at implementing another type of maps but anyways here is the g maps embed.
(There are 2 Honda shops just a couple of doors apart, not sure if its same company or not but I went to the one furthest from the main road.) 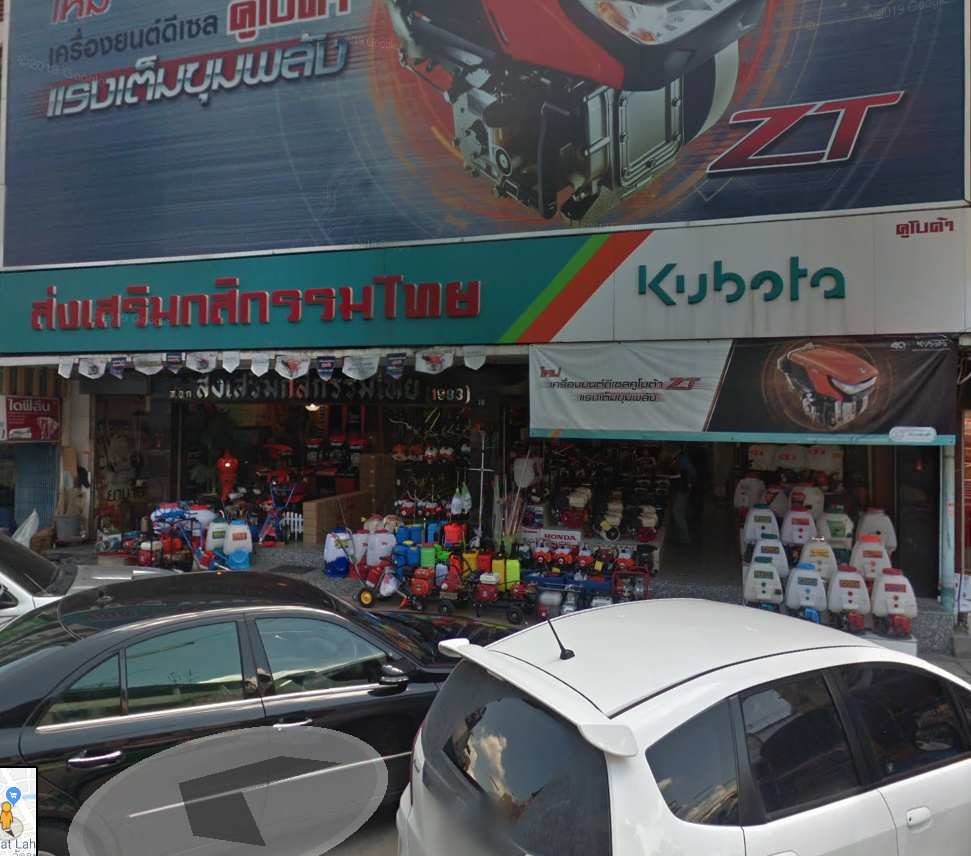